Today visited the above villages in Kent. The connections were that Thomas Hennell was born in Ridley, where his father was the vicar. The church was undergoing some repairs but the small hamlet remains remarkably remote despite being surrounded by various motorways. Hennell started his artistic life in this part of Kent, which was then completely rural.

Trottiscliffe church is where Graham Sutherland is buried, although it takes a while to find the grave, despite having a picture in Google. In fact it is lurking under a yew tree and is not in particularly good condition. The church itself is delightful, with box pews and an extraordinary pulpit, originally taken from Westminster Abbey, its proportions too large for a small village church.

Driving back through the village you pass the White House, which is the house Sutherland acquired with the help of Kenneth Clark. 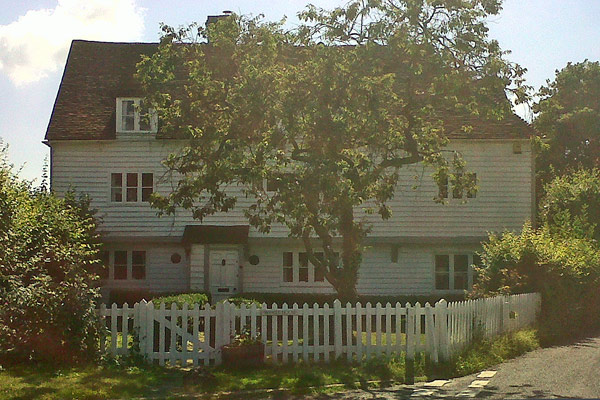