Peter Watson (1908-1956) was one of the most important cultural figures of the 1940’s and 1950’s. My biography of Watson, written in partnership with Jeremy Dronfield, was published by John Blake on April 2nd, 2015. This covers the full range of Watson’s activities, particularly in London and Paris. It gives details of his relationships with many of the leading artists of his day, as well as exploring his sophisticated personality. 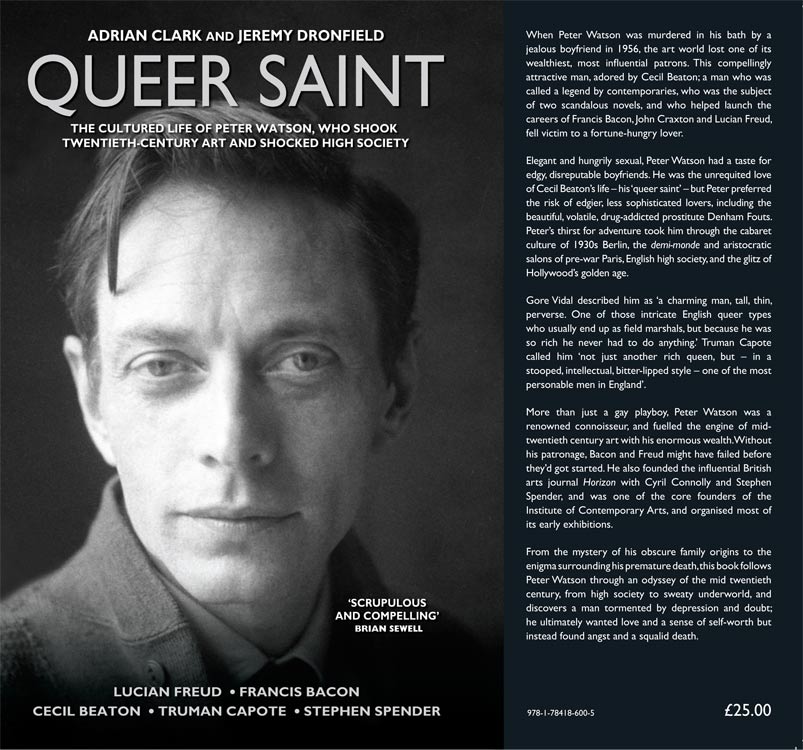 Watson supported Horizon as its financial backer and arts editor and helped to create the ICA, as well as encouraging artists such as Freud and Craxton with gifts and support of various types. He also supported poets such as David Gascoyne. He was a friend of many people in the art world at various different stages of his life: Oliver Messel, Cecil Beaton, Stephen Spender, Cyril Connolly, Brian Howard, Elizabeth Bowen, Roland Penrose, Sonia Orwell, Anna Kavan, Pavel Tchelitchev, Giacometti, Douglas Cooper, Graham Sutherland and so on.

Privately his life involved a series of male lovers, often Americans (Waldemar Hansen, Denham Fouts and Norman Fowler being examples). Although generally extremely popular amongst those who knew him, he was lampooned for his flirtatious habits in the famous privately printed novel by Lord Berners, “The Girls of Radclyffe Hall”, where his character was represented by “Lizzie”. (He also doesn’t come across too well in Michael Nelson’s “A Room in Chelsea Square”) .

Whilst he gets frequent mentions in surveys of the cultural scene, there has been no book about him. (I published an article on Peter Watson, and another notable art benefactor of the period, Colin Anderson, in the British Art Review Volume V, No 2 (Autumn 2004)).

If anyone reading this, or the book, would like to share any insights, please get in touch.

On 10th April, Adrian Clark discussed the life and work of Peter Watson with Charlie Porter. Watch the full interview on this site's page on Peter Watson, or on the ICA's web site. 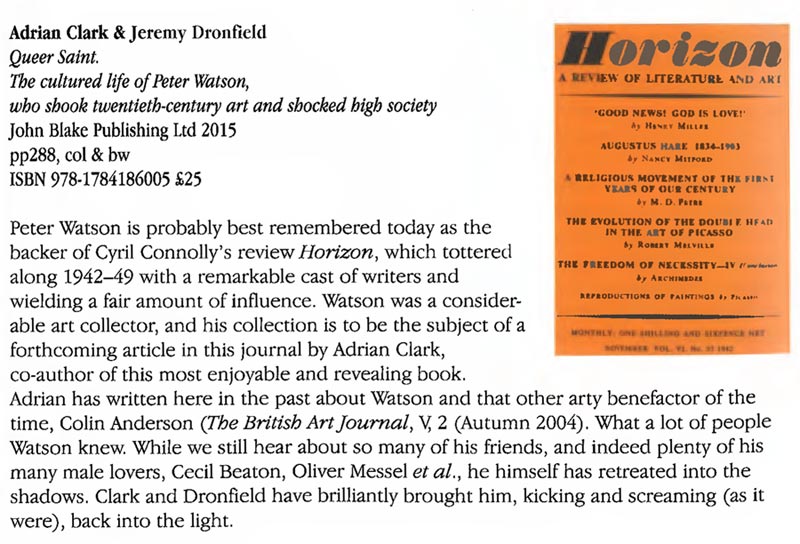 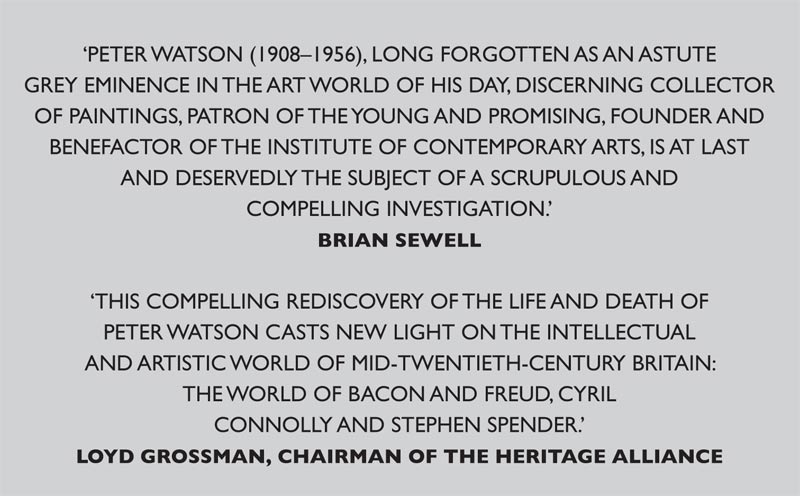 The mystery of Francis Bacon and Peter Watson

Queer Saint: the cultured life and mysterious death of an aesthete

From The Observer, Sunday 23 November 2014, The Francis Bacon mystery: a police visit, the coded painting ‐ and a body in a bath